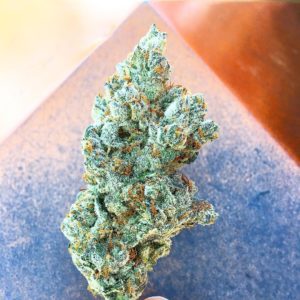 You will be hard-pressed to find an Indica more popular than Northern Lights — there’s a good reason this strain is the winner of the most marijuana awards in the world too. This nighttime strain is well-known for its fast acting, heavy hitting effects. Many marijuana consumers quickly find themselves sinking into the couch in a state of euphoric bliss. You may also notice that you’ve meandered into the kitchen in search of some tasty snacks.

Unlike most Indica-dominants these days, this strain is over 90% Indica. This strain’s exact heritage is unknown, but it’s thought to be a mix of Afghani and Thai landrace strains.

Recreational marijuana consumers will appreciate this strain’s happy, relaxing effects. This is the perfect weed for a rainy day or when you just need to sit back and de-stress.

What is Northern Lights?

Northern Lights stands among the most famous strains of all time, a pure indica cherished for its resinous buds, fast flowering, and resilience during growth. Itself a descendant of indigenous Afghani and Thai landrace strains, Northern Lights has given rise to famous hybrids like Shiva Skunk and Super Silver Haze. Rumor has it that Northern Lights first sprouted near Seattle, Washington, but was propagated out of Holland after 1985 at what is now Sensi Seeds.

Pungently sweet, spicy aromas radiate from the crystal-coated buds, which sometimes reveal themselves in hues of purple. Northern Lights’ psychoactive effects settle in firmly throughout the body, relaxing muscles and pacifying the mind in dreamy euphoria. Comfortable laziness allows patients to relieve pain and sleeplessness, while its mellow contentment roots out depression and stress. Several different Northern Lights phenotypes circulate the market, but Sensi Seeds recommends a general indoor flowering time of 45 to 50 days

NORTHERN LIGHTS IS AN EASY, FAST-GROWING INDICA WITH LANDRACE HERITAGE. THIS STRAIN IS KNOWN FOR ITS HAPPY, BLISSFUL, AND SEDATIVE EFFECTS. YOU’LL WANT TO STICK TO NIGHTTIME USE WITH THIS ONE.

Northern Lights is an easy, fast-growing Indica with landrace heritage. Medical marijuana patients have used this strain to treat ailments such as eating disorders, stress and insomnia. 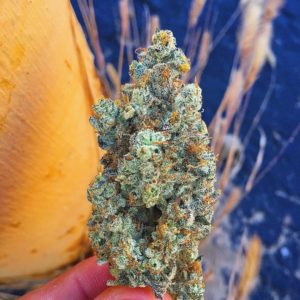 Marijuana enthusiasts often describe the scent of this strain as earthy and herbal with hints of spice. The THC content in Northern Lights typically hovers between 16 and 19%, making it decently potent. Novice cannabis consumers may find themselves a little more sedated than they expect, but this strain is generally mild-mannered.

This strain’s seeds produce some incredibly sticky, delicate buds. A generous dusting of trichomes and a knotting of orange pistils will leave marijuana enthusiasts licking their lips, as will the sweet honey-like aroma.

While the CBD content of Northern Lights is not high enough in isolation to treat any serious conditions that respond to it, this strain still has a number of medicinal applications for cannabis consumers.

1
Hello, Welcome. Click to chat with us via WhatsApp
Powered by

Please only place order if you aready to complete purchace. Dismiss

No products in the cart.